With only one vote against, on 22 April 2013 the multiparty district assembly decided to implement the climate protection concept developed by B.A.U.M. Consult Munich. The administrative head of a district Georg Grabner describes the agreement as an historical event and says: “We are focusing on energy saving, energy efficiency and all types of energy from renewable sources, such as sun, wind, water, biomass and geothermal heat. The goal is to exploit all regional potentials and keep the added value in the region as far as possible.”

The broad approval can be explained by the active participation of many regional stakeholders coordinated by B.A.U.M. and the Bavarian institute for Sustainable Development (Bayerische Institut für nachhaltige Entwicklung - bifne). Representatives of politics, businesses and administration, experts of the energy as well as affected citizens – they all were involved in the development process of the climate protection concept. This consensus needs to be used mobilising potentials for climate protection and regional added value. It enables the administrative district becoming a “Bavarian” best practice example.

The climate protection concept includes a comprehensive review of the current state and of the efficiency and generation potentials and, additionally, 31 concrete measures. The measures aim the reduction of CO2 emissions of the Berchtesgadener Land from 10,6 tonne per capita and per annum in 2010 to approximately 5,5 tonne in 2030. The climate protection concept developed a realistic path how to decrease the electricity demand by 20 % while generating 86 % of it from renewable energy sources. Moreover, it allows reducing the heat demand by 32 % while covering approximately one third with renewables. Essential components are an ambitious restructuring concept and inventions in renewable energies, particularly in water, solar and photovoltaic. Another pleasing benefit implementing the climate protection concepts is the additional 1 billion Euros of added value in administrative district. 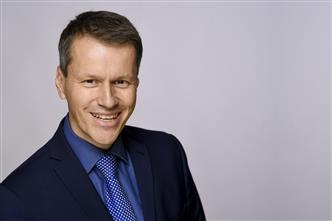